The Holy See announced today that Pope Francis will visit Thailand and Japan in November. The Holy Father will visit Tokyo, Nagasaki and Hiroshima from November 23 to 26. The apostolic visit’s theme is “Protect All Life.”

The Holy Father will celebrate Masses in Nagasaki and Tokyo (https://popeinjapan2019.jp/en/)

“Holy Father, Pope Francis is visiting Japan and will be with us in Tokyo. With great joy and gratitude, I, together with everyone in the Archdiocese, wlecome Holy Father in our midst. ‘A Church which goes forth’ is the attitude which Holy Father shows as his image of the Church. We will follow His witness in words and deeds to realise such church in Japan.” 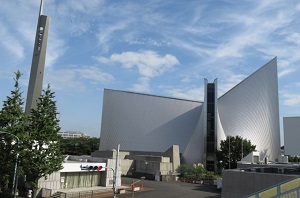 Until 1945, when an air raid on May 25th destroyed it, Tokyo Cathedral was wooden, Gothic style building. It was built in 1899 as the Chapel of the Seibo School of French; in 1900 became the Church of Sekiguchi Parish and in 1920 became the Tokyo Cathedral.

In 1911 the Grotto of Lourdes was built by a French missionary. 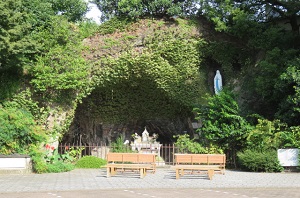 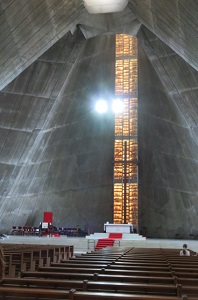 Area of the Archdiocese: Tokyo and Chiba Prefecture

Social Welfare Facilities for For the Elderly: 18